Why Krishna not married Radha ? 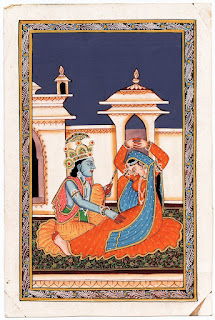 Radha was a gopi, a cowherd’s wife, who became the beloved of Krishna during his childhood. She was known for her beauty and grace and was considered to be the most beloved of Krishna’s many consorts. Some followers of Hinduism believe that Radha is an avatar of the goddess Lakshmi.

The love of Krishna and Radha has been given expression in lyrical poetry of many Indian languages, particularly Bengali. The Bengali saint Chaitanya was said to be an incarnation of both Krishna and Radha: he was Krishna on the inside and Radha on the outside. Chaitanya also composed many devotional poems celebrating the divine love, but they have not survived.

Radha and Krishna’s love story is one of the greatest of all time. But why did Krishna not married Radha? Read on to find out more.

Even today, when people visit the Braj Bhoomi, they hear the chants of Radhe Radhe. Mathura is Shri Krishna Janma Bhoomi, which means that it is the place where Lord Krishna was born. Mathura, Vrindavan, and the adjoining Gokul regions are part of the Braj Bhoomi region associated with the early life of Krishna. Yet, devotees either hail Radha or take Krishna’s name as RadheKrishna meaning Radha’s Krishna. Therefore, Radha and Krishna’s names are uttered in one breath as if they as if they are not different but one entity.

Interestingly, Lord Vishnu took birth on earth as Krishna in order to eliminate Kansa and gift the Bhagavad Gita to Arjuna. During his stay in the Prithvi Loka, he married Rukmini and Satyabhama instead of Radha. Devotees wonder why Krishna never married Radha. 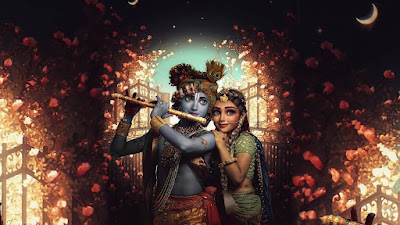 Various theories answer this question. One philosophy, for example, claims that Radha and Krishna were never two entities. In fact, they were one. Therefore, when Krishna and Radha were one, how could they marry?

According to another belief, Radha stood for the Atma (individual soul) while Shri Krishna was the Paramatma (the supreme soul). Radha’s selfless love was the highest form of devotion and she merged into Shri Krishna by surrendering herself. This led to no need for marriage.

Krishna and Radha were separated because of Shridhama’s curse. Shridhama was a friend and a devotee of Krishna, who believed in the power of devotion over love. Therefore, he didn’t want anyone to mention Krishna’s name before his own. One day, Shridhama was so furious with Radha that he cursed her by saying that she would lose her memory and forget all about Krishna.

Thus, by saying so, he sent her to the Patal Loka for hundred years. Incidentally, this event happened soon after Lord Brahma asked Krishna to take birth on earth as the ninth avatar .