When was Lord Shiva born ?

When was Lord Shiva born ?

It was thought that billions of years before the cosmos was formed, there was full darkness everywhere, and it was incredibly dark because nothing was moving. If there was any movement, heat would be generated (quantum of heat depends on what and how much is moving, if the thing was very minute a very minute heat would be generated). The birth of light is due to the heat. As a result, there was full darkness when nothing was moving.

Countless billions of years have passed in this manner, and no one knows how long the cosmos was completely dark (but the primal one). A little sound began to emanate from some corner of the universe on its own at some point in time. 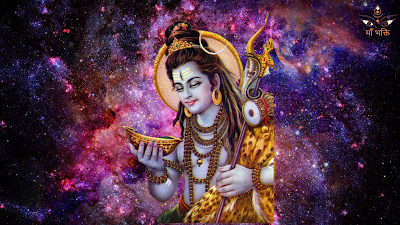 This is the first time a sound has been heard by the space that existed at the time. This noise could have been caused by something moving (or vibrating) on its own. This sound was the universe’s first physical reaction to something. This sound is thought to be the beginning of the universe (nadha brahmam).

The cosmos began to form as soon as there was an explosion, and it has continued to form for billions of years. Thus, we have the manifested world (in which we live), the manifesting world (in the edge of the explosion, new worlds are being annexed or born every second), and the unmanifested world (in which we do not live) (the world that is getting formed every second is getting formed by extending itself into the unmanefisted world).

The ancient Tamil Siddhas believed that the universe was created from the seed of sound (beeja aksharam), and that the sound was similar to the letter ‘E.’ As a result, the owner of this sound was referred to as God. Eshwaran was the name of this God.

Swaran + E ( E is referring to the sound that came at the time of creation of the universe and Swaran means the owner of that sound). As a result, the primal sound is E, not Om. ESHWARAN

ESHWARAN Eshwar is the name given to him by Tamil siddhas (in Sanskrit). Shivan or Shiva is Eshwaran.

As a result, we have the following Shiva facts:

He doesn’t have any parents.

He is not comparable in any way.

He exists beyond of time (as he was existing when nothing was moving, he is called “Kalatheta”) We are all born in time and will undoubtedly die in time, but Lord Shiva is the exception (as he was beyond time, he is immortal, and Time itself gets killed by him). When he kills Time itself (we refer to this incident as maha pralayam), everything we perceive around us merges with him and becomes one with him. This procedure is known as “Leenam.”

Leenam translates to “becoming one with God.” After a few times, Shiva willfully re-creates the entire cosmos from his body, a process known as ‘Gamayathi.’ Leenam and Gamayathi are both represented by the word “Lingam.”

Also, once everything has found its final resting place in Shiva, that is, after the maha pralaya, when everything has become one with him, everything is dead and only one person is alive, and that person is Shiva. He is referred to as a person of the graveyard since he is the lone person alive (last man standing). One day, we shall all be aware of this fact.

Shiva has never been born and, as a result, will never die. TIME is the poison to which we are all subjected.