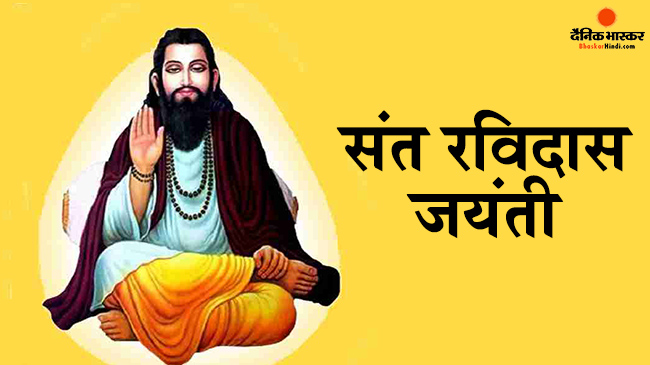 Saint Ravidas was of a very simple heart and the pomp of the world used to emphasize on the confirmation of the heart. One of his idioms about this – “Jo man changa to kathoti me Ganga” is quite popular. Let us know the special things related to Guru Ravidas on his birth anniversary.

Magha Purnima 2022: Know what is the importance of this fast, how to worship and what is the method

many opinions on date of birth
According to the Hindu calendar, Guru Ravidas ji was born in the year 1398 on the full moon day of the month of Magha. Although many scholars believe about his birth that he was born between 1482 and 1527 AD.

Meera’s Guru
It is also said that Sant Ravidas was the guru of Meerabai, the supreme devotee of Lord Shri Krishna. Mirabai was inspired by Saint Ravidas and adopted the path of devotion. Sant Ravidas is said to have saved Mirabai’s life many times.

was opposed to Jat-Paat
There are castes in the caste-caste, which are the path of Ketan,
Don’t join Raidas Manush till the caste does not go away.”