Sita and Rama: A Love Story 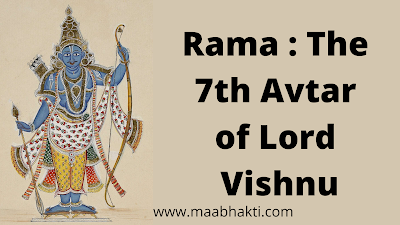 Rama ( राम Rāma) is the seventh avatar of the Hindu god Vishnu and a king of Ayodhya. Rama is also the protagonist of the Hindu epic Ramayana, which narrates his idealistic ideas and his greatness. Rama is one of the many popular figures in Hinduism, specifically Vaishnavism

Rama is one of the most important avatars of Vishnu, along with Krishna. In a few Rama-centric sects, he is considered the Supreme Being rather than an avatar. Born as the eldest son of Kausalya and Dasharatha, king of Ayodhya, Rama was referred to within Hinduism as Maryada Purushottama

In Hindu religion, Ram is considered to be the seventh avatar of Lord Vishnu and a king of Ayodhya. His wife Sita is considered by Hindus to be an avatar of Lakshmi, who is the embodiment of perfect womanhood. Ram and his brothers Lakshman, Bharat, Shatrughna were the chaturvyuha expansions of Vishnu (Vasudev, Sankarshan, Pradyumna, Aniruddha).

Rama’s life and journey involved adherence to dharma despite being faced with harsh tests, obstacles, and pain. In order to please his father, Rama abandons his claim to Ayodhaya’s throne and must serve an exile of fourteen years in the forest. 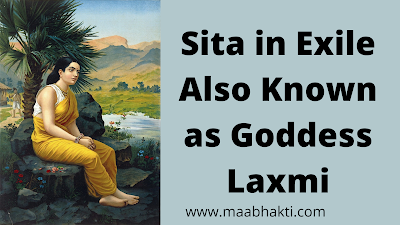 Sita, who is also known as Seeta, is a Hindu goddess and the female protagonist of the Hindu epic, Ramayana. She is the consort of Rama (avatar of Vishnu), and is regarded as a form of Lakshmi, Vishnu’s wife. Sita is known for her dedication and self-sacrifice, courage and purity

Sita is known as the daughter of Bhoomi, the earth. She was raised by King Janaka of Videha. After a swayamvara, Sita chooses Rama to be her husband and accompanies him to his kingdom. During exile, she accompanies her husband along with her brother-in-law Lakshmana.

While in exile, the trio settles in the Dandaka forest. Sita is abducted by Ravana, king of Lanka, and imprisoned in Ashoka Vatika. Rama rescues her from Ravana and brings her back to Ayodhya with him. After the war, he asks her to undergo Agni Pariksha (an ordeal of fire )

Marriage of Sita and Rama

When Sita reached adulthood, Janaka organized a Swayamvara (marriage ceremony) in Janakpurdham with the condition that she would marry only that person who could string Pinaka, the bow of the god Shiva. Janaka knew that the bow of Shiva was not even liftable, let alone stringable for ordinary mortals and for selfish people it was not even reachable. 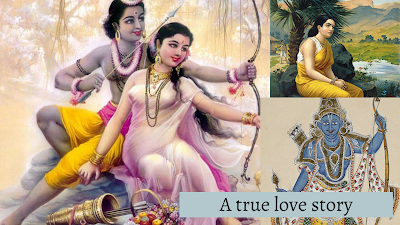 Devi Sita while playing with her sisters in childhood had unknowingly lifted the table over which the bow had been placed; this was something that no one in Mithila could do. This incident was however observed by Janaka and he decided to make it a backdrop for Swayamvara because he wanted a son-in-law who was as strong as his daughter .

Life of Rama and Sita After marriage

Kaikeyi meets Dasharath and reminds him that he’s indebted to her. Kaikeyi then tells Dasharath her two boons, which are Bharat to be king and Rama to go into exile for 14 years. This upsets Dasharath greatly.

For the next 10 years, Rama and Sita along with Lakshman live in peace in the forest. They meet a vulture called Jatayu and become friends with him. After 10 years, the king of Lanka – Ravana – learns that Rama is staying in the forest.

His sister Surpanakha wants to meet Rama as she finds him handsome and wants to maary him but rama deny her as he is devoted to Sita . The lady got very angry tutns into demos and tries to attack Sita. Lakshman then saves Rama and Sita by cutting off Surpanakha’s nose.In such case she went to her brother Ravana and asked for help . Her brother got angry and picked up sita from jungle with a planning.This decision of Ravana seeks to a big battle between rama and ravana

With the battle over, flowers grow on the battlefield, signifying the end of evil and victory of good. The heavily wounded Rama is relieved his fighting is over and addresses both armies. His army looks at Rama and is in sorrow to see him in this state. Rama then requests the soldiers of Lanka to reside in peace under Vibhishan’s.

Rama then gets his many wounds healed. After a long period of healing, Rama sees Sita. Sita is very sad to see her husband nearly die on the battlefield and feels guilty. Rama then hugs Sita and consoles her. He is assuring Sita, his health is fine and that he was prepared to fight for her.Sita consoles Rama after a 4-year separation and a very painful fight. Rama bids farewell to his army and returns to Ayodhya with Sita and Lakshman.